Representing Your Right to Fair Pay

While there are different federal and state laws throughout our country designed to protect the wages of different employees, California leads the way in protecting employees from discriminatory wages through the Fair Pay Act in 2016 (also known as the Equal Pay Act). Following this law, California has now become one of the states with the highest enforcement of equity for employees’ pay.

What is the Equal Pay Protections Law and How You Are Affected?

For decades now, the California Equal Pay Act has prohibited employers from paying its employees less than employees of the opposite sex for equal work. However, in 2015, Governor Brown signed the California Fair Pay Act, which strengthened the Equal Pay Act in a number of ways and signaled California’s commitment to achieving real gender pay equity. Despite this, wage gaps are still a very frustratingly real obstacle, with women and people of color statistically making less than their male counterparts in the same positions. According the National Partnership of Women and Families, women in California lose $87 billion to the pay gap every year.

Understanding the changes to the California Fair Pay Act and what they mean for you is essential to ensuring you are receiving a fair wage.

Since 2018, the California Legislature has made a number of changes to the Equal Pay Act to strengthen it and afford additional rights to employees. Two primary changes were made to ensure further protection of employees who were suffering from continued violations of their rights to equal pay. The first alteration was created to reduce the number of hurdles an employee needed to get across simply to prove their rights had been infringed upon.

In the past, a female employee would have needed to prove that she had the exact same role and work as a male co-worker, but now she could only need to show her work was “substantially similar.” This was a critical step because employers had been giving women fake job titles that were inconsistent with the realities of their jobs to justify the fact that they were not being paid equally.

Now, the only way that an employer can pay different pay to employees of different gender or ethnicity is if the higher paid employee has:

Previously, for the Equal Pay Act’s terms to apply, two jobs’ work must be considered “equal.” In other words, you and your colleague must both have the same title job with the exact same job responsibilities for the equal wage laws to apply.

As of 2016, jobs need only be “substantially similar,” a lower threshold than “equal.” This means that not only do the job titles not have to be same, the responsibilities must only be comparable instead of identical.

How Does This Affect You

Sometimes you and a coworker may perform substantially similar work even if it is not immediately obvious. For example, if you are a woman employed as a “coordinator” at a marketing agency office, your male peer may be a “manager.” While your titles differ – and your male colleague’s title might even sound more important – your job responsibilities are extremely similar, to the extent you often divide and conquer tasks from the same pool of work assignments. Despite the fact that you each have a different title, there is a good chance you are entitled to the same salary as your male peer in this scenario. Both of your jobs require a similar level of skill, effort, and responsibility, with near-identical working conditions.

Title discrepancies can be a major factor in concealing wage gap violations. Offending employers can provide a different title to justify a higher salary for a particular employee, even if their work is substantially similar to others who are being paid less. You should pay attention to situations where an employee has an important title but otherwise appears to have the same work responsibilities as you.

If you believe you have suffered a California Equal Pay Act violation or retaliation for exercising your employee rights, do not wait to act. You have two years from the date of the violation to file a claim. Each paycheck that reflects unequal pay is considered a violation for the purpose of calculating the deadline for filing. Call us at (562) 855-0004 to schedule a case evaluation.


Another major change that the 2015 update to the California Equal Pay Act dealt with internal versus external workplaces. Prior to the amendments, wage gap laws only applied when considering peers within a single workplace, or the “same establishment.”

As of 2016, the clause requiring employees only compare compensation within the “same establishment” has been eliminated. This can be helpful if you work for a larger company with multiple branches, offices, or worksites. Previously, employers could leverage loopholes by assigning employees earning less than they should to a different office or location. Now, the “substantially similar” work threshold applies across all of a business’s employees, no matter where they are physically located.

As of 2017, California amended the Equal Pay Act to make race and ethnicity protected classes. This means that employers cannot pay an employee less than another employee of a different race or ethnicity if they are engaged in substantially similar work. The extent and definitions of the protections for race and ethnicity are identical to those governing sex. As of 2018, the Equal Pay Act covers public employers.

In the past, employers could potentially lowball compensation offers by asking about what you made at your previous jobs during the interview process. This practice has historically entrenched the wage gap. Women, for example, have statistically made less than men, so asking for their prior earnings will naturally produce a salary range lower than what an employer might have been prepared to offer a man for the same role. Even if the employer makes an offer slightly above what the person previously earned, the value still may be well below the typical salary range for the position.

As of 2018, the Equal Pay Act was amended to prohibit employers asking about earlier salaries. An employer may no longer ask you about what you made at your previous jobs at any point during the interview process.

It is important to note that an employer is not liable should you volunteer your prior salary information. An employer cannot insinuate or suggest you offer this information: You must choose to do so of your own volition.

Generally, it is not advantageous to offer your prior salary information, unless the employer is offering you an insufficient compensation package and you are seeking to negotiate upward. For example, if a prospective employer is offering you only $85,000, but you received $100,000 in a similar position the year previous, it might be smart to bring up the disparity as a means of negotiation.

Conversely, were you to volunteer you previously made $100,000 before any offer is made, you have placed yourself at a disadvantage. Your employer might have been willing to offer a salary of $120,000 but may now be inclined to only offer $110,000.

There is a major caveat to keep in mind: An employer may not violate the other rules of the Equal Pay Act, no matter what prior salary information is or is not disclosed. An employee cannot be paid less than another employee of another sex, ethnicity, or race if they are doing substantially similar work. This can apply to situations where someone was being severely underpaid at a prior position.

For example, assume you are a woman who was getting paid $60,000 at your previous job. A new position at a different company is hiring, and you volunteered your salary prior information. Your new employer may attempt to seem like they are giving you a substantial raise with an $80,000 compensation package. However, what they are not telling you is your male peers doing substantially similar work get paid $100,000, and they are offering you less because they believe you will not question such a substantial jump in pay. This is still a violation of the Equal Pay Act, even though you received a major pay bump.

When a company is seeking to hire for a new position, they have some expectation of what they plan to pay the new employee. This is called a “pay scale.” The number is usually decided on the basis of what previous employees in the role have made and the scope of the job responsibilities. Often, it is a range, scalable by the level of experience a prospective candidate could bring to the company.

As of 2018, the Equal Pay Act requires employers to disclose the internal pay scale for a position upon “reasonable” request from a prospective employee. “Reasonable” has been determined to mean once an employee has undergone an initial interview with the employer and is continuing in the process. Leveraging this right can help you avoid issues with the wage gap, as employers are required to tell you the legitimate pay scale that applies to all candidates.

Yes, you can ask your peers in your workplace how much they make. They are not required to tell you if they do not feel comfortable doing so.

Your employer may attempt to dissuade or even intimidate you from discussing compensation levels with your peers. Understand this is unlawful and can even be a form of retaliation. Your employer cannot fire you, demote you, give you unfavorable work assignments, or reduce your hours as a result of asking your colleagues about their compensation.

You are also allowed to ask your boss about wages for your peers, including the compensation packages of individual employees. The California Equal Pay Act does not require your boss to comply, but you are legally protected from retaliation should you ask.

Under the current law, you must prove that you are being paid less than an employee or employees of the opposite sex, of another race, or of another ethnicity who is performing substantially similar work. Once an employee makes this showing, the employer must then prove that it has a legitimate reason for the pay difference.

An employer can defeat an Equal Pay Act claim by providing that the difference in pay for substantially similar work is due to:

Unfortunately, yes. While the expansions to the California Equal Pay Act over the past several years have helped protect numerous employees, some employers still fail to follow the rules. The wage gap still exists, and you are entitled to what you are owed regardless of your sex, race, or ethnicity.

At Salusky Law Group, we can help evaluate the facts of your situation to determine if you have a case and do everything in our power to make sure your employee rights are honored.

Under the Equal Pay Act, an employee can recover the difference in wages, interest and an equal amount as liquidated damages. If an employee files a case in court, her or she can also recover attorney’s fees and statutory costs. 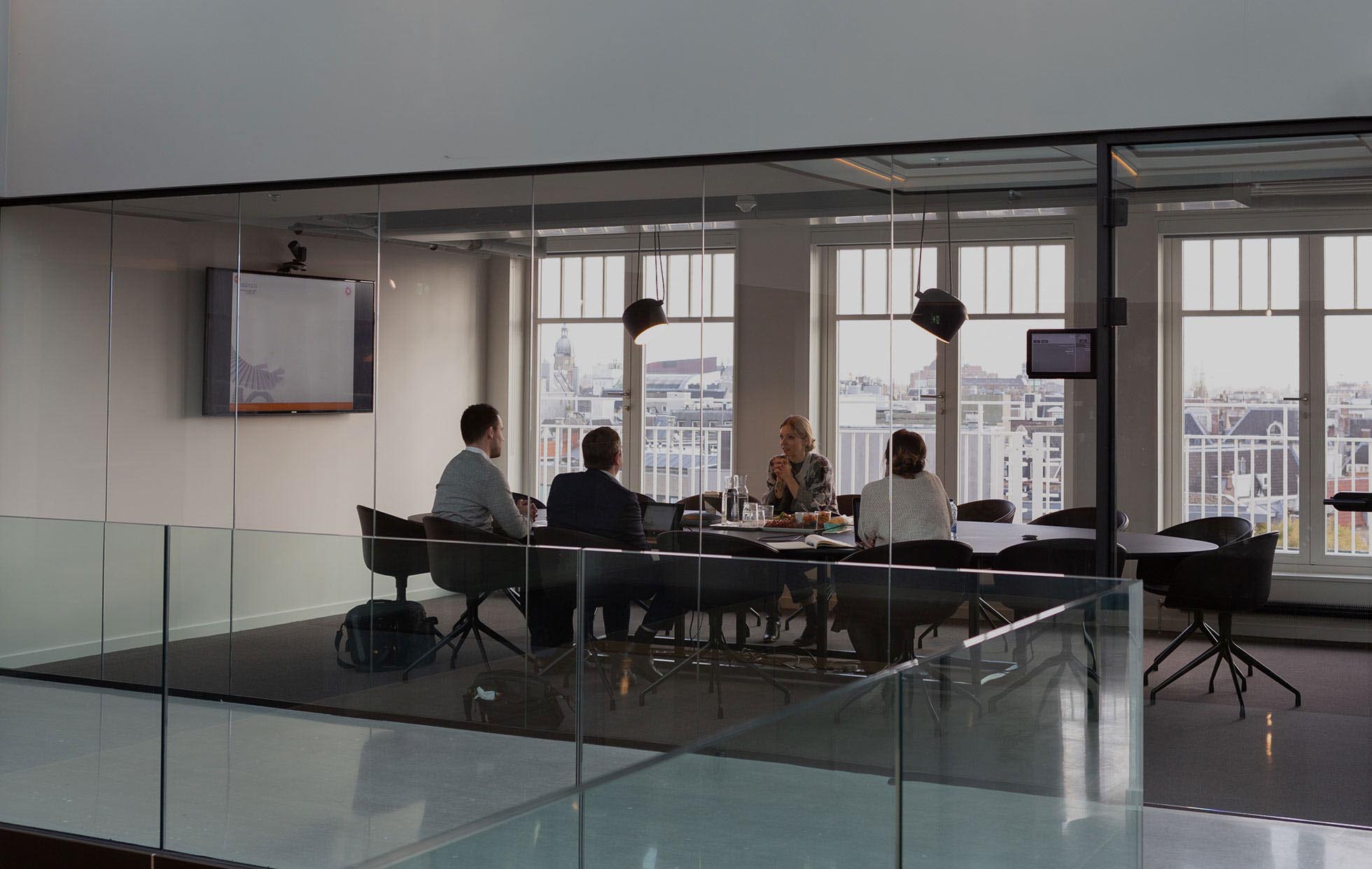 Do You Believe You Have Suffered Discrimination?

If you believe you have suffered discrimination in the workplace, do not wait to act. Call us at (562) 855-0004, or Contact Us. Our consultations are complimentary.

Do You Believe You Have Suffered Discrimination?

If you believe you have suffered discrimination in the workplace, do not wait to act. Call us at (562) 855-0004, or Contact Us. Our consultations are complimentary.